Hello! Dzień dobry! Buenas días! I teach history and geography at University of Alaska Southeast. Over the years, I’ve held a variety of jobs ranging from farm laborer, to small-town journalist, to research assistant to a member of the British parliament, to freelance writer. I joined the UAS faculty on the Ketchikan campus in fall 2007. Prior to moving to Alaska, I taught history courses at University of St. Thomas, Hamline University, and Anoka-Ramsey Community College in Minnesota. I also served as assistant project director at Center for Nations in Transition, at the Hubert H. Humphrey Institute of Public Affairs at the University of Minnesota where I helped design and administer USAID and State Department-sponsored training programs for business, economics, and political science faculty and NGO leaders in Ukraine and east central Europe.

My research and teaching interests are wide-ranging and diverse: immigration and ethnicity, military history, war and genocide, the impact of technology on the history and geography of the Great Plains and Midwest, local and regional studies, and the history of Poland and central and eastern Europe. My current research topics include immigrant demography and epidemiology, crime and deviance among Polish immigrants in the U.S., the ethnic groups of southeast Alaska, anti-communism among American ethnic groups, and the problems of modern Polish history. I am currently editing a collected volume of translated articles on the activities of the communist security services in Poland since 1944. This will be the first book of published research in English based on previous closed files of secret police. 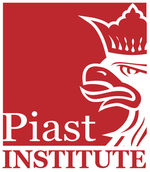 I am a fellow at the Piast Institute, a National Center for Polish and Polish-American Affairs, and past president of the Polish American Cultural Institute of Minnesota. I am also currently contributing editor for the Encyclopedia of American Immigration(second edition). I am the author or co-author of 13 books including Traveller’s History of Poland (2007), Minnesota (2006), The Eagle and the Cross: A History of Polish Roman Catholic Union of America (2003), and Community of Strangers: Change, Turnover, and Turbulence and the Transformation of a Midwestern Country Town (1999). I’ve also written numerous reports, articles, and reviews in publications such as Journal of American Ethnic History, Polin: Studies in Polish Jewry, Polish American Studies, American Heritage of Invention and Technology, and Minnesota History. In 2006, I received the Oskar Halecki Prize from the Polish American Historical Association for my book Poles in Minnesota and in 1998, the Cavalier’s Cross of the Order of Merit from the President of the Republic of Poland.